All Blackcam systems can be used mounted or standing for precise, on-air camera moves which require silent, smooth, flawless operation. They come wireless or cabled, straight and/or on curved tracks, manual or automated, AR/VR ready – offering maximum inter-operability, compatible with third party hardware and software.
For sale and rental. 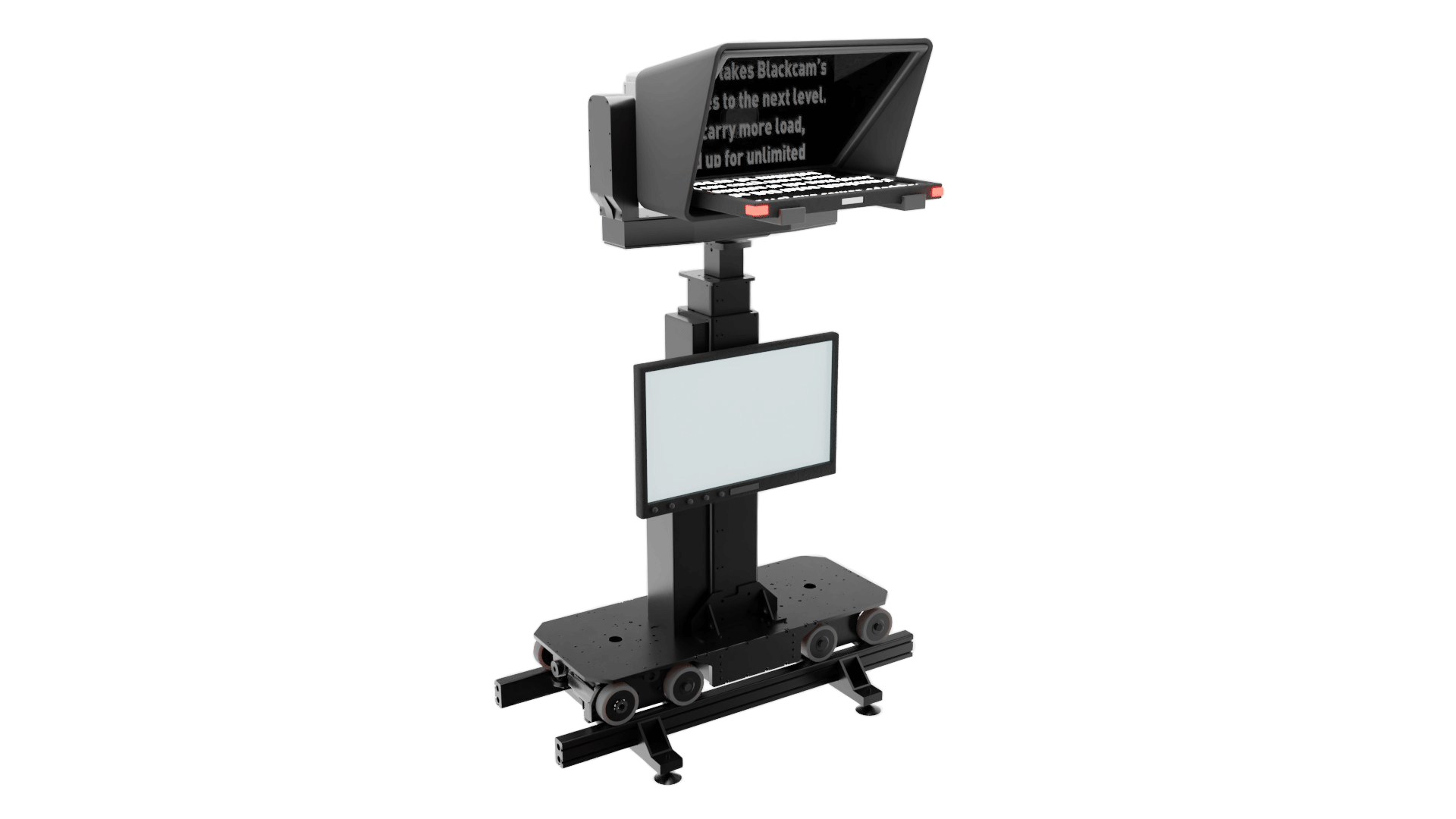 “The Blackcam remote dollies & towers combination was key to the success of the capture of this show. With the limited amount of weight allowed on the platform, it was key to come with a small and easy way to add dynamic camera movements without any visual obstruction. The Blackcam systems gave us all the angles, movement and dynamics we needed. Smooth, beautiful dolly shots that gave the framing a nice constant flow, to give all the visuals, light & lasers the change to complete a great overall production! ”

“We’re very excited to make use of this new, dynamic camera angle for all of our productions at Rogers Place… It’s a beautiful angle that greatly augments the hockey coverage offered to our fans. The onsite commissioning and technical support offered by Blackcam was thorough, informative and professional. And finally, the price point for the performance is exceptional.”

“Never before has a director been able to get a camera in motion along the court’s sideline, so close to the players. To facilitate that shot we built the track and dolly system under the parquet floor of the court!... This reduced distractions while increased safety to the players. Blackcam is smaller, lighter and faster than its competition allowing us to use it closer to the action!”

“I used the Blackcam system on Snowden because at very short notice I had to try to discover a way of creating vertical ‘look down’ travel shots across the ceiling of our hotel room set. It was a late idea and it was impossible to get a conventional crane in through the set… so I had to resort to implementing mini cameras and therefore the Blackcam System came into play.”